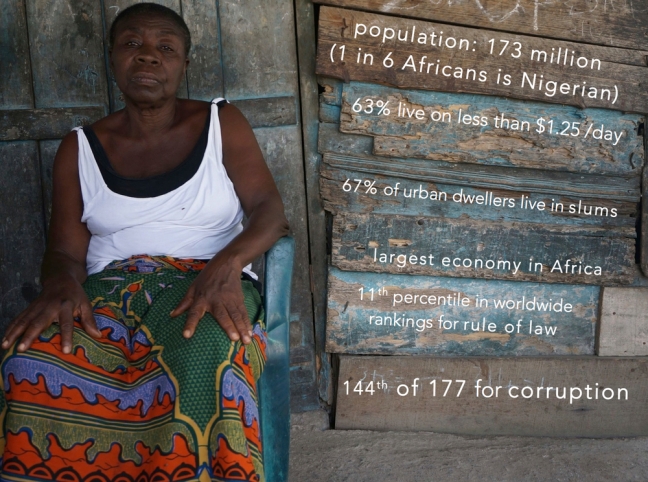 What do the numbers tell us about  who is really benefiting from the fact that Nigeria is now the continents largest economy.

Endangered great ape species are having their rainforest habitat destroyed and threatened by the expansion of agribusiness projects in central Africa according to new evidence from Greenpeace Africa.

Satellite images, obtained by Greenpeace Africa, show that more than 3,000 hectares of rainforest bordering the Dja Faunal Reserve has already been destroyed inside the Chinese-owned Hevea Sud rubber and palm oil concession in Cameroon’s Southern region. The reserve is a UNESCO World Heritage site and home to the western lowland gorilla, chimpanzees and mandrills.

“Agro-industrial developments will soon emerge as a top threat to biodiversity in the African tropical forest zone”, says Dr Joshua Linder, an Assistant Professor of Anthropology at James Madison University.

“If proactive strategies to mitigate the effects of large-scale habitat conversion are not soon implemented, we can expect a rapid decline in African primate diversity.”

UNESCO has previously requested for an inspection to be carried out to assess if any damage has been done to the Dja reserve, but permission was denied by local authorities. The plantation lies in the home district of Cameroonian president Paul Biya. The forest clearance is significantly greater than that carried out by US company Herakles Farms for their palm oil project in the country’s South West region that has also deforested vital wildlife habitat and deprived local communities of the forest they depend on for their livelihoods.

A Greenpeace Africa investigation in December revealed that Cameroonian company Azur is also targeting a large area of dense forest in Cameroon’s Littoral region to convert to a palm oil plantation, a large part of which is adjacent to the Ebo forest, a proposed national park that is used by many primate species including the Nigeria-Cameroon chimpanzee sub-species plus the rare and endangered drill, as well as threatened mammals such as the forest elephant.

Greenpeace Africa has twice written to Azur asking they detail their plans and allay environmental concerns over the project, but no response has been provided.

The Nigerian-Cameroon chimpanzee is one of the most endangered primates in the world and faces numerous threats including destruction of habitat from illegal logging, poaching, the bush meat trade and the effects of climate change. The drill is a rare ape and 80 per cent of the world’s remaining population is in Cameroon and Azur’s plantation project may lead to even more habitat destruction of this already endangered primate.

Industrial-scale agricultural concessions, many foreign-owned, are often allocated throughout West and Central Africa without proper land-use planning. This frequently generates social conflicts when forest clearance takes place without prior consent of local communities. This can result in severe negative ecological impacts and effects on endangered wildlife species as many concessions overlap with forest areas of high biodiversity value.

“Governments need to urgently develop a participatory land use planning process prior to the allocation of industrial concessions” says Filip Verbelen, a senior forest campaigner with Greenpeace Belgium.

“Projects that are being developed without adequate community consultation and are located in areas of high ecological value should not be allowed to proceed and risk further social conflict and environmental damage.”

The Congo Basin is the world’s second largest rain-forested area. Its rich and diverse ecosystem provides food, fresh water, shelter and medicine for tens of millions of people. The conservation of these forests is vital in the fight against climate change. But the area is increasing under threat from rising global demand for resources, corruption and poor law enforcement.